Uli Bennewitz came to North Carolina in the early-1980s and decided to open a microbrewery similar to the ones he’d left behind in Bavaria. The only problem was that it was illegal in North Carolina for a brewery to sell beer directly to the consumer. Working with State politicians Uli changed the law in North Carolina allowing microbreweries to sell their beer on site. A movement was created.  North Carolina is now one of the leading microbrewery States with over 120 open and many more under construction.  In 1986 The Weeping Radish Restaurant and Brewery opened its doors. At that time there were less than 100 breweries remaining in the United States, now there are thousands again.

Since the beginning the Weeping Radish has brewed beer according to the Bavarian Reinheitsgebot Purity Law of 1516 which states that beer must be brewed using only four ingredients: Hops, Malt, Yeast and Water. No additives, chemicals or preservatives may be used. 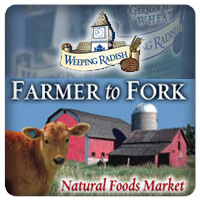