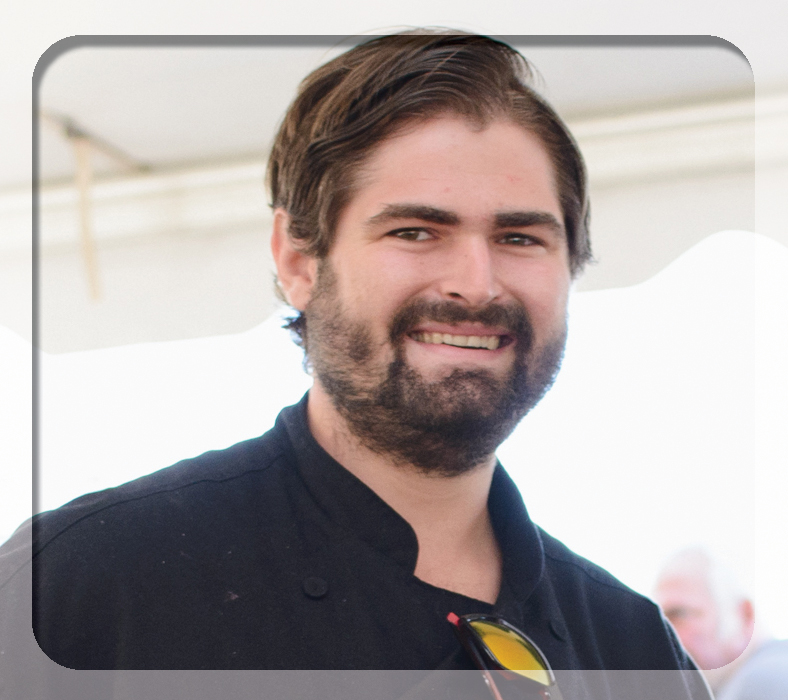 Cory is an OBX native that has been part of the AQUA team since the doors opened in 2008. He has a passion for food, beer, and wine which has helped him develop into a progressive young chef. His love and determination are expressed in every detail of the cuisine that he creates at AQUA.

Cory realized his calling in the culinary industry as a young boy of only eight years old when he began preparing meals for his family which featured fresh fish and seafood that he had actually caught himself. He continued to develop and fine tune his skills over the years and entered the work force at age 15 cooking at a local BBQ restaurant. After graduating high school, Cory was given the opportunity to evolve his skills into more than just cooking while working at Ocean Boulevard. He was inspired to take the next step into a career in the culinary arts and decided to attend the Culinary Institute of Virginia where he became a certified chef at the age of 20.

Cory has used his formal education and years of experience working with other talented chefs to develop a true talent for creating culinary experiences that will be remembered for years to come.