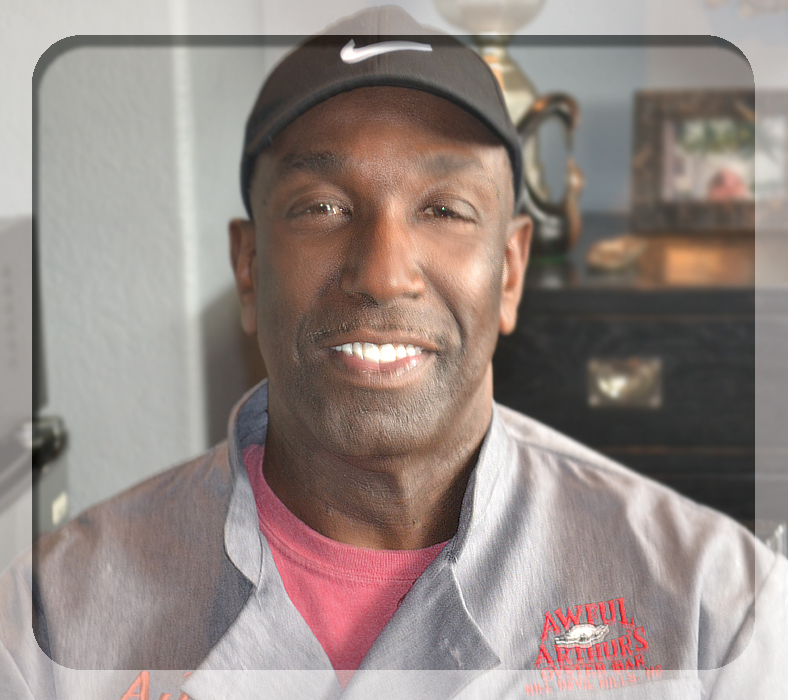 AJ Johnson has been with Awful Arthur’s Oyster Bar since the spring of 1992 and was promoted to head chef/kitchen manager in 2011. A self-taught chef, AJ is passionate about his job and takes pride in serving the restaurant’s most popular menu items consistently year after year so that customers always know exactly what they are getting.

Awful Arthur’s isn’t just famous for its oysters. There are dozens of menu items that keep guests coming back to one of America’s favorite oyster bars.

Whether it is Awful Arthur’s oysters, its award-winning steamed shrimp, specialty tuna dishes or another menu item, AJ and the Awful Arthur’s team know what customers love and they deliver on it with each and every dish that leaves the kitchen.

“Our menu goes from A to Z,” AJ said. “Some of our other popular menu items include fried seafood and shrimp alfredo.” And AJ estimates the restaurant sells about 15,000 baskets of hush puppies from June to September.

Awful Arthur’s also took home the People’s Choice Award in the 2014 Taste of the Beach Annual Chowder Cookoff for its popular shrimp corn chowder and was recognized the following year for its delicious smoked sweet potato chowder.

AJ not only sees that his customers receive delicious food, he also makes customer service a top priority. “I’m definitely a people’s person and a team-oriented kind of guy,” he said. He’s a familiar face among customers, many whose dining experience wouldn’t be complete without a visit with AJ.

Esquire Magazine has recognized Awful Arthur’s for its famous spiced steamed shrimp and Coastal Living Magazine named the Kill Devil Hills restaurant one of the top 10 oyster bars in the nation.

AJ attributes Awful Arthur’s longstanding reputation to the team effort of staff, led by owner Jo Whitehead and including a handful of employees who have been with the restaurant for more than 25 years.